In the coming days… the #5G deployed world will be more important than ever, through various types of use cases. To enable the service providers to give premium 5G data & voice services will be one of the important task & agenda

Let us understand what is ENDC in 5G?

ENDC is a concept of dual connectivity & is a 5G - Non-standalone (NSA) approach i.e. we call as Initial launch of 5G. Hence, it would be dual connectivity. The idea of ENDC is to utilize the power /gain of 5G NR i.e high-speed Thrpt while using a core network of 4G/EPC. Looking at evolution – looks like this is the only step towards the 5G technology/rollout. The only reason is that the 5G only core network is still not deployed anywhere in the world & it will be completely new platforms / Equipements to be deployed to make it possible to use 5G Core - This is costly and hence avoided.

Hence, Dual-mode looks like the only solution for the initial 5G deployment.

What does dual connectivity & how it works over here… 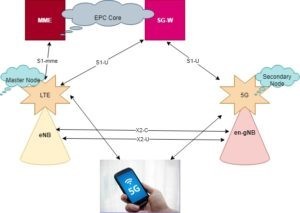 (Below is the diagram to it)

Assume, connectivity diagram with 4G been the prominent technology & 5G used for DATA.

For C - Plan what will be the connectivity be like ?

(Bullet points as below)

For U - Plan what will be the connectivity be like?

(Bullet points as below) 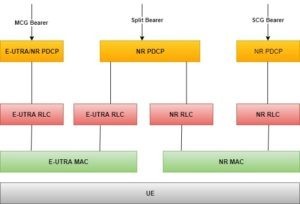 In EN-DC:: From a UE perspective - 3 bearer types exist: 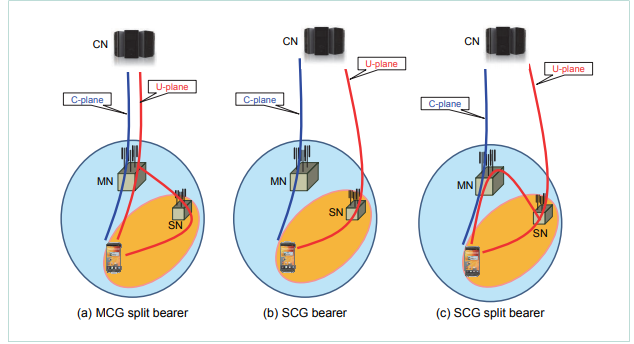 Split Bearer: Traffic is routed via LTE and/or NR bearer. Split bearer is further either SCG split or MCG split . 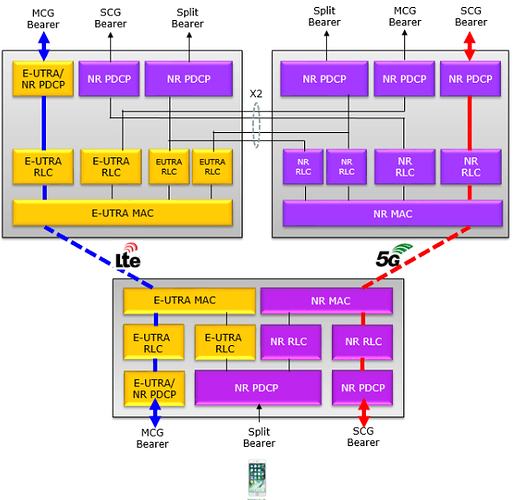 That’s all from Bearer Concept, Now let us understand the RRC entity which is one of the important topics in 5G.

I hope you had a good time reading it & got lots of new things to learn… So tell me was the above information helpful?

You can also find me in Linkedin: https://www.linkedin.com/in/parthcholera/