Severe degradation of E-RAB Success Rate in specific cells only

Hi everyone,
I’m having severe degradation of E-RAB Success Rate, mainly due to L.E-RAB.FailEst.NoRadioRes.
I’m aware that these failures mainly due to insufficient license (which is the case, here I have 400 as allocated RRC Connected Users License (FDD) and the actual values are exceeding this).
Things got relatively better after performing down E-tilt.

But my concern is, why Cell A and Cell C are impacted the most while B (which has much higher users) is less impacted? Isn’t the license equally distributed between cells at eNodeB level? 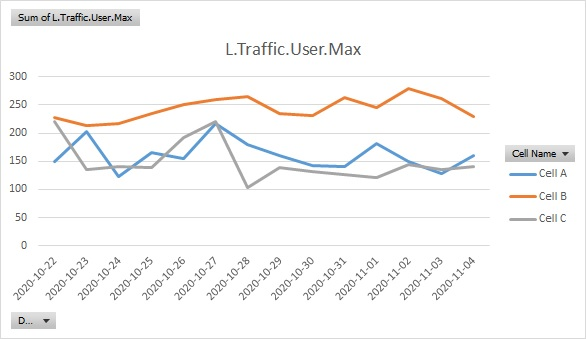 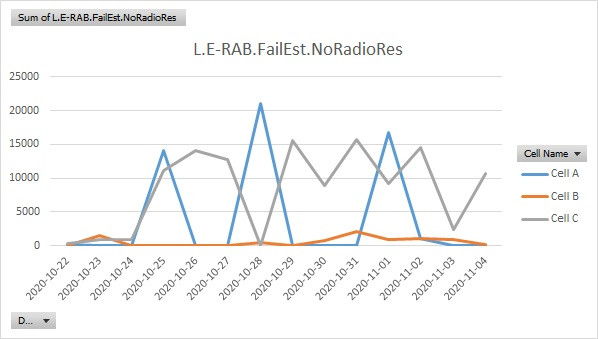 What is the result of command DSP LICUSAGE ?

Yes, run this command to show the configured, allocated and used number of licences.
In other words, to check if there are licences that you have and how many are been used.

On eNodeB level, I could do DSP LICINFO:

As you can see, the allocated RRC Connected User (FDD) value is 400 and the actual value is reaching 375.
And this is not BH.
I’m aware that ideally the license should be expanded.

But my concerns: why not all cells are affected altogether with L.E-RAB.FailEst.NoRadioRes?

But my concerns: why not all cells are affected altogether with L.E-RAB.FailEst.NoRadioRes?

I think it is because cell B has lot of connectd users that hardly go to idle. So this cell B consumes all resources of connected users
Whereas cell A and C have many failures since cell B occupies almost all resources.

It’s shown as “NULL” but this is the case for all sites in this network.
As far as I’m concerned, the “Allocated” is what we should look for.

Good explanation!
Then should I correlate this with number of “Active” users?

Yes.
Try also to reduce inactivity timer. This will reduce a bit the congestion.

Already done that.
Ufortunately, tried 10 and reduced to 5 now.

I got your point now. Thanks so much!

You can make it 3 or 2 seconds no issue with that.
Will increase signalling, but will decrease connected users.

It will use more battery, no?

Will increase signalling, but will decrease connected users.

That’d be good, what’s the impact of using increasing signaling?

It will use more battery, no?

Battery is not an issue.
It consume more when connected for 5 seconds instead of 2 seconds.

I believe for Huawei it is 20s (default value).
I have optimized it to 10s then 5s.I
Will check the impact of reducing it further and update.

For nokia its 30s (default value).

Only first one has values.
Are thee any other counters other than the one in this list?