3G networks are being shut down globally, to improve connectivity and free up the spectrum.

Several worldwide carriers plan to do it as soon as this year. 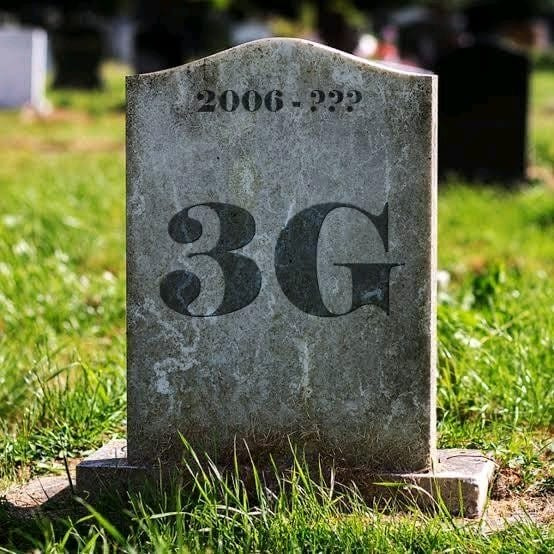 In our customer network mobily remaining U900

Nothing just last step before close it as all 3G bands now used in FDD and IoT.

How about CSFB to GSM?

That’s interesting.
Moving CS to GSM for the non VoLTE devices, especially with VoLTE only at 60%.

Was AMR-WB enabled in UMTS?

That’s a good approach.
Voice on 2G, since subscriber is not sensitive to voice quality anymore.
And data on LTE.
Having so many technologies make the network operations cumbersome.
As economies slow down globally, operators would act aggressively to cut OPEX
One option is to minimise the number of technologies.
We had discussed here how 5G reduces OPEX by converting firmware operations into software.
Another option is remote support.
The next step in cost cutting would be to put all operations data on cloud and put RF jobs on Upwork.
There’s no need to hire RF engineers.
Put KPIs on cloud and put tasks on Upwork.
This would help operators sell their offices which is a big drain on OPEX.

Gig economy is coming.
Put it on Upwork.
Reverse the concept.
Pay only if you give results.
No need to hire on monthly salary.
Let people bid for the optimization tasks.

Put other way…anytime LTE left unoptimised on a daily basis?

Definitely not, most of the time RF engineers sit idle.
There’s too much idle time and office spaces are expensive.
Real estate is the most expensive for companies.

most of the time RF engineers sit idle

Not exactly, it depends on the manager and leads.
How they are utilizing their teams.
I still firmly believe the engineer who is sitting idle in opt depts is missing manythings.
And his lead or manager is not taking care of the MW and the team.
Even if everything is automated, 4G 5G engineers cant sit idle with upcoming features, layers, advancements.

The only reason operators in Gulf are not forced to do massive OPEX cut is because of ban on OTT voice calls.
This forces subscribers to make expensive international calls on legacy CS, which is very expensive.
The day WhatsApp voice calling in allowed in GCC, operators would be forced to cut costs.
Most of the people in GCC are expats, who make expensive international calls to their home countries.
Which is a great source of revenue for the cellular operator.

Major renvenue is not anymore from voice, its data era now.
It will not impact, as mostly using fifferent apps for VoIP already.
Many using whatsapp calls through VPN already.

If it’s really like that, why don’t the regulators allow OTT voice calls?
And it’s not many using whatsapp calls through VPN already, it’s a small fraction.
Most people do not know how to use VPN.
And every app which gets popular gets banned.

Major revenue is no more from voice.

Checkout the scenario in Dubai: major revenue is still from international voice calls.