What is the difference between PPPoE and DHCP?

Generally, we access the internet through the PPPoE dialer, in which way, the GPON ONT or GPON ONU gets an IP address from the ISP GPON OLT. Besides this way, some users may notice that they don’t need to fill in a username and password and can get to the internet directly. Actually, in this situation, they may be under a DHCP service. So what is the difference between the PPPoE and DHCP?

Despite the characteristics of Ethernet technology, such as easy-to-use and cost-effective, the attributes of the Ethernet broadcast network make it impossible for two communication parties to authenticate each other’s identity. As such, the communication is insecure. 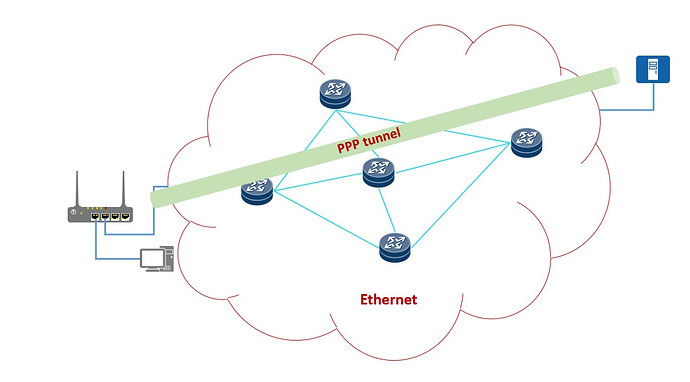 How can we solve the preceding problems while at the same time ensuring low-cost network operations based on the existing network structure? The answer is the PPPoE technology. PPPoE, short for Point-to-Point Protocol over Ethernet, integrates PPP’s function of authenticating the identities of the two communication parties. Based on the PPP networking structure, PPP frames are encapsulated into PPPoE frames to implement point-to-point communication on an Ethernet. In this way, clients on the Ethernet can be connected to the remote broadband access device.

DHCP, also called Dynamic Host Configuration Protocol, is a network management protocol for dynamic and centralized IP address allocation and management. It was first defined in October 1993 based on BOOTP. As defined in RFC 2131, DHCP operates based on the client-server model. A DHCP client applies to a DHCP server for network parameters, such as the IP address, subnet mask, default gateway address, and DNS server address. The DHCP server then replies with the configuration parameters to the client so the client can communicate with other IP networks.

The same as the Ethernet, it’s impossible to authenticate DHCP users. So far the DHCP accessing, it is usually used in a campus network, in which the access user has been authorized before.

Which one should I choose?

We’ve explored the PPPoE and DHCP briefly, they are both can be used to bridge the users to the internet. Actually, they are totally different from each other.

As the table above shows, PPPoE is more complex than the DHCP. Is the answer of question which one to choose is DHCP? Absolutely not.

If you want a more secure access, PPPoE is more suitable for you. It provides a login&authentication mechanism, which protects your bandwidth from illegal users.

Besides, if you are design a network for an ISP that services massive dialer up users, the PPPoE is the only choice.

On the contrary, if you are building a campus network, there is no reason that you select the PPPoE. Though PPPoE also support assigning IP address for the users, but more complexity is friedless.

Thanks for sharing this. I was looking for this type of information and I found it here. I also see a blog where they have to write about T1 vs DSL. you can see that related information like this