Two Sides of the Open RAN

Two Sides of the Open RAN

Last two years, we have seen a lot of Euphoria for Open RAN however next two years will be a Litmus test for Open RAN when some major economies in the world will be rolling out their massive 5G Networks.

Meta pulls the plug on the Connectivity division - Fierce Wireless

Meta which was one of the biggest driving forces behind Open RAN has started consolidating their take on its connectivity division and there is no clear indication what is the way forward.

STL - Sterlite Technologies Limited - has pulled out of Open RAN and continues to focus on their core expertise i.e. Optical Fiber business.

There were two major promises made by Open RAN - Cost saving and No Vendor Lock-in for the Operator, however initial traction shows that none of these things are met. The cost of implementing the Open RAN is not very economical compared to Tradition RAN (in some cases costlier than Tradition RAN), we may not see this benefit unless there are massive rollouts. At the same time, big operators are still betting big on Tradition RAN players like Ericsson, Nokia, and Samsung Networks for obvious reasons of protecting their investments in traditional RAN.

Too many Producers, Fewer Consumers -
Many companies OEM, IT/ITES companies, Operators themselves, and a lot of SI and Startup companies have started building Open RAN Portfolios but the consumer is only the Mobile Networks operators who are a little skeptical to build their large networks on Open RAN. We can also see operators like airtel and Jio in India following the same trend. However, some major interest comes from new Operators like Rakuten and DISH Network and OEMs like Mavenir and Rakuten Symphony

Just to summarize, Open RAN looked like a very promising story but the real benefits are yet to be seen. We may get a clearer picture as we see more commercial deployments from big operators. This will also depend on how investors’ money keeps flowing in for making it a success.

The success of any Technology is not always driven by technology but many times driven by POLITICS as well and Open RAN is also not an exception. 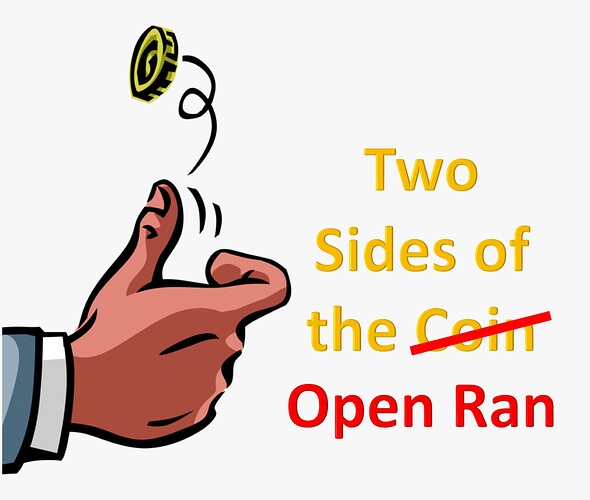