Internet under the sea

Underwater internet for marine conservation using LASERs and LEDs. What do you think? Can you come up with other use cases?

Communicating underwater has always been a hassle. Radio transmissions, the ubiquitous wireless standard above the waves, can’t transmit very far before being entirely absorbed by the water. Acoustic transmissions (think sonar) are the preferred choice underwater, but they suffer from very low data rates.

Researchers from KAUST (King Abdullah University of Science and Technology) addressed the challenge by using LASERs and LEDs in their Aqua-Fi system, which achieved 2.11 megabits per second over 20 meters - fast enough to stream video from the ocean floor. 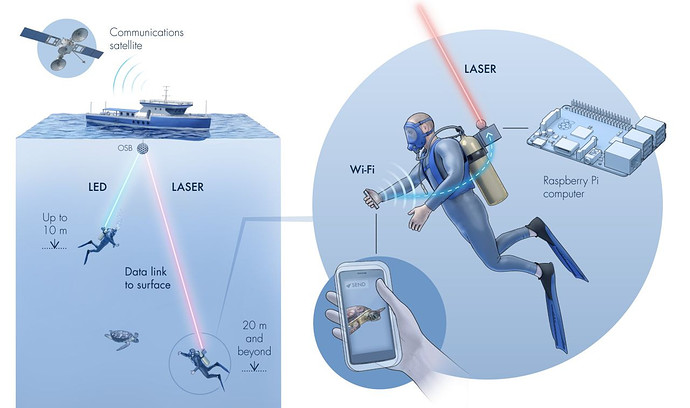 Researchers use lasers to bring the Internet under the sea