Who is the network provider.
Someone knows it? 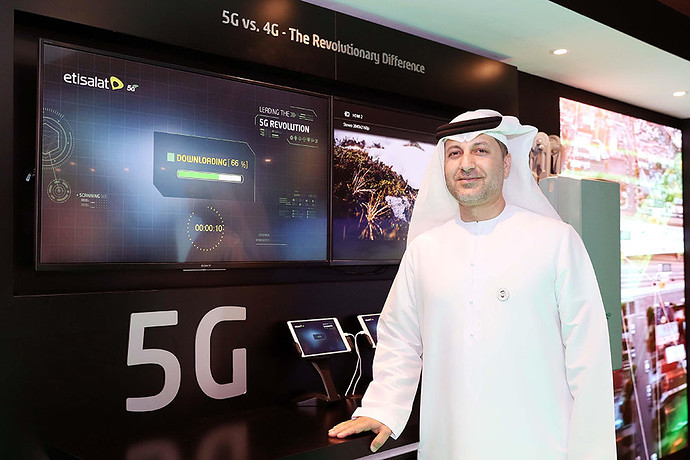 If you’re looking for the fastest 5G network in the world, look no further as Etisalat managed to achieve 5G download speeds of a whopping 9.1 Gigabits per second

Could be done with eCPRI?
eCPRI has its own data limitations, no?

I really do not know if needed but the advantages of eCPRI are pointed as:

10x reduction of required bandwidth
Required bandwidth can scale according to the to the user plane traffic
Ethernet can carry eCPRI traffic and other traffic simultaneously, in the same switched network
A single Ethernet network can simultaneously carry eCPRI traffic from several system vendors.
Ethernet-OAM may be used for operation, administration, maintenance, provisioning, and troubleshooting of the network
The new interface is a real-time traffic interface enabling use of sophisticated coordination algorithms guaranteeing best possible radio performance
The interface is future proof allowing new feature introductions by SW updates in the radio network
Jitter and latency will be reduced for high priority traffic using Time Sensitive Networking standard IEEE 802.1CM. The 802.1CM supports preemption of a low priority packet to schedule a high priority delay and jitter sensitive transmission.

Thanks.
What’s the link speed for eCPRI?
I suppose they can be link-aggregated to reach 9.1G.