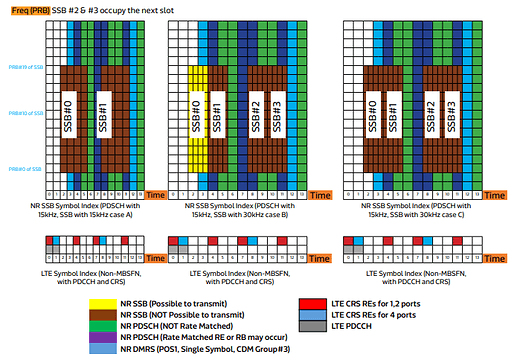 Operators across Europe, Asia and North America have been commercially launching 5G services at an incredible pace never before seen in any previous cellular network generation. From the spectrum perspective, we have seen a nearly simultaneous commercial launches in both FR1 (below 7.125 GHz) and FR2 (millimeter wave). Most FR1 networks have been deployed at mid-bands with a focus on delivering 5G services in 100MHz with higher capacity, for example in n78. While 5G users in such high bandwidth can enjoy the benefits of eMBB services, there are obvious and expected challenges that have emerged alongside these deployments. With each new generation of cellular communications the frequencies used get increasingly higher, unlocking more bandwidth, but at the same time shrinking the cell coverage area. In 5G, both coverage and capacity are important aspects, especially in early stage of deployment, with a need for indoor penetration in densely populated urban areas as well as with the coverage of vast rural space outside the cities.

These challenges have been anticipated and there is an obvious solution in sight to provide the coverage layer for 5G in low bands. But obstacles remain – almost all accessible low bands are occupied by existing technologies, such as LTE. There are still few options on the table, for example 700 MHz across Europe or 600 MHz in the U.S, yet such options are quite limited both in bandwidth and availability. This inevitably raises the question of re-farming the spectrum from LTE to NR. However, despite the tremendously successful uptake of 5G, the industry expects that most of the traffic in the upcoming years will still be carried by LTE networks till 5G device penetration exceeds that of LTE.

Re-farming low band carriers from 4G without a corresponding increase in 5G devices penetration might lead to congestion of the remaining LTE carriers, degrading indoor coverage for LTE users who still represent most of the subscriber base. In previous generations it took years to start re-farming; for instance, from 2G to 3G and from 2G/3G to 4G. In case of 5G, learning from this experience has led to coverage enhancement solutions that allow a ‘soft’ and flexible re-farming: a “Spectrum Sharing” technique between 4G and 5G, providing a coexistence between 5G and 4G.

Spectrum sharing can be implemented in a static or dynamic manner. The first option means that there will be a dedicated carrier for each technology within the same band. While it has one benefit – it’s transparent to the UE – the spectrum efficiency is insufficient. LTE-only users, currently being a majority, will suffer diminished throughput. Partially or fully overlapped LTE and NR carriers mean the transition is more efficient 5G and 4G coexistence, Dynamic Spectrum Sharing (DSS).

The DSS concept is based on the flexible design of NR physical layer. It uses the idea that NR signals are transmitted over unused LTE resources. With LTE, all the channels are statically assigned in the time-frequency domain, whereas the NR physical layer is extremely flexible for reference signals, data and control channels, thus allowing dynamic configurations that will minimize a chance of collision between the two technologies.

One of the main concepts of DSS is that only 5G users are made aware of it, while the functionalities of the existing LTE devices remain unaffected (i.e. LTE protocols in connected or idle mode). Therefore, fitting the flexible physical layer design of NR around that of LTE is needed in order to deploy DSS on a shared spectrum. This paper discusses the various options of DSS implementation, including deployment challenges, possible impacts to data rates, and areas of possible improvements. 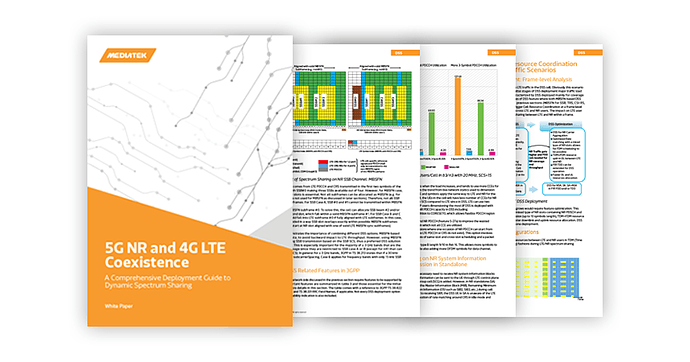 MediaTek is another name for incredible innovation that powers the brands you love. From smartphones to smart homes, we are always by your side.

What is Rate Matching?
Why there is less degradation in LTE throughput when we use SCS30 for SSB compared to SCS 15 KHz?
Can DSS be considered as 5G?
How to check if the network configured the operation mode to be DSS or not?