Designer and programmer Cyril Diagne has created an augmented reality tool that can capture images of real-world objects and add them to a computer program in a few seconds.

AR Copy Paste app allows users to take a photo of an object in the real world and drop the image into a desktop computer program with a few simple actions on their smartphone.

The app uses augmented reality (AR) and machine learning technology to detect objects in the real world and isolate the image so that the background is automatically removed. Users then move the smartphone over their computer screen to paste the object image into a compatible computer program, such as Photoshop or InDesign. 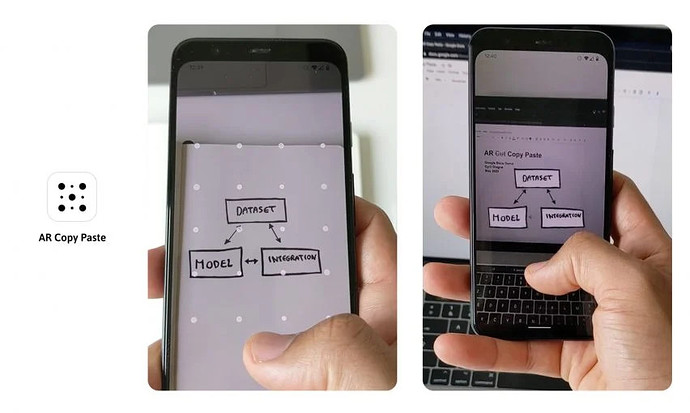