Apple is now the new chip leader: its chips are now beating both Intel & NVIDIA chips by a wide margin!

Intel and nvidia have led chip design in CPU and GPU for over a quarter of a century. Finally, Apple (not really a long time chip design leader) has defeated both of them in performance and power with this amazing announcement.

The surprising thing about this announcement was that, while it was anticipated for some time but not with such spectacular results. Moreover, we have not heard a preemptive response from Intel and NVIDIA. 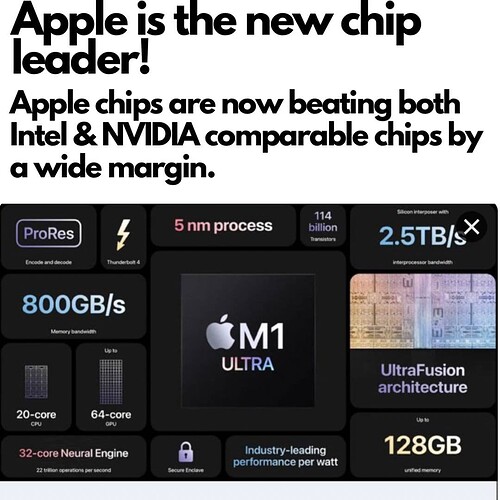 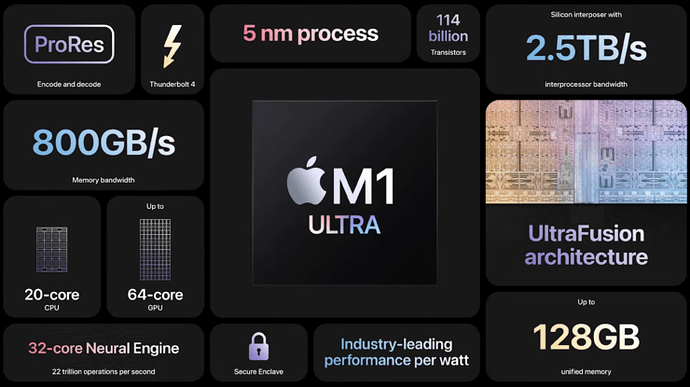 Apple has just unveiled its flagship M1 SOC, the M1 Ultra, and provided some impressive metrics in regards to its CPU & GPU performance.