Admiral Grace Hopper was one of the first programmers of the Harvard Mark I computer. She developed the first compiler for a computer programming language. Here she explains a nanosecond to a room of learners. 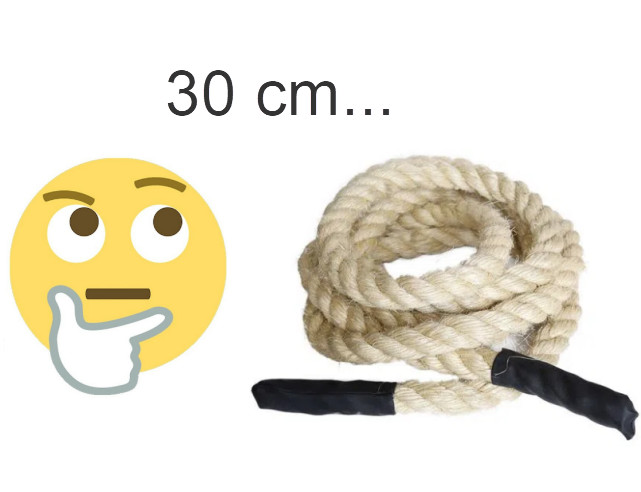 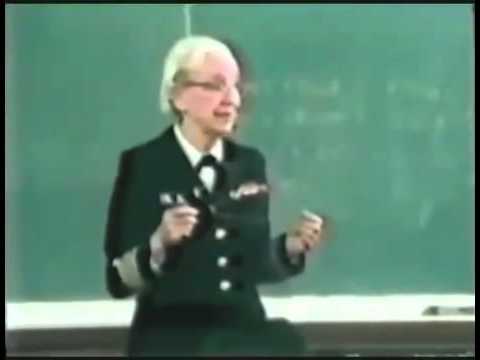 They started talking about circuits that acted in nanoseconds… Billionths of a second.

I fussed and fumed.

Finally one morning, in total desperation, I called over to the engineering building and I said: “Please cut off a nanosecond and send it over to me.”

And I brought you some today.

Now, what I wanted when I asked for a nanosecond was: I wanted a piece of wire which would represent the maximum distance that electricity could travel in a billionth of a second.

Now, of course, it wouldn’t really be through wire.

It’d be out in space; the velocity of light.

So, if you start with the velocity of light and use your friendly computer, you’ll discover that a nanosecond is 11.8 inches (~ 30 cm) long (the maximum limiting distance that electricity can travel in a billionth of a second).

Finally, at the end of about a week, I called back and said: “I need something to compare this to. Could I please have a microsecond?”

I’ve only got one microsecond (so I can’t give you each one).

I sometimes think we ought to hang one over every programmer’s desk (or around their neck) so they know what they’re throwing away when they throw away microseconds.

Now I hope you all get the nanoseconds.

They’re absolutely marvelous for explaining to wives and husbands and children and Admirals and Generals and people like that.

An Admiral wanted to know why it took so damn long to send a message via satellite.

And I had to point out that between here and the satellite there were a very large number of nanoseconds.

You see – you can explain these things. It’s really very helpful, so be sure to get your nanoseconds.