I am confused on frames structure of 5G.

Anyone can explain it in a simple way? 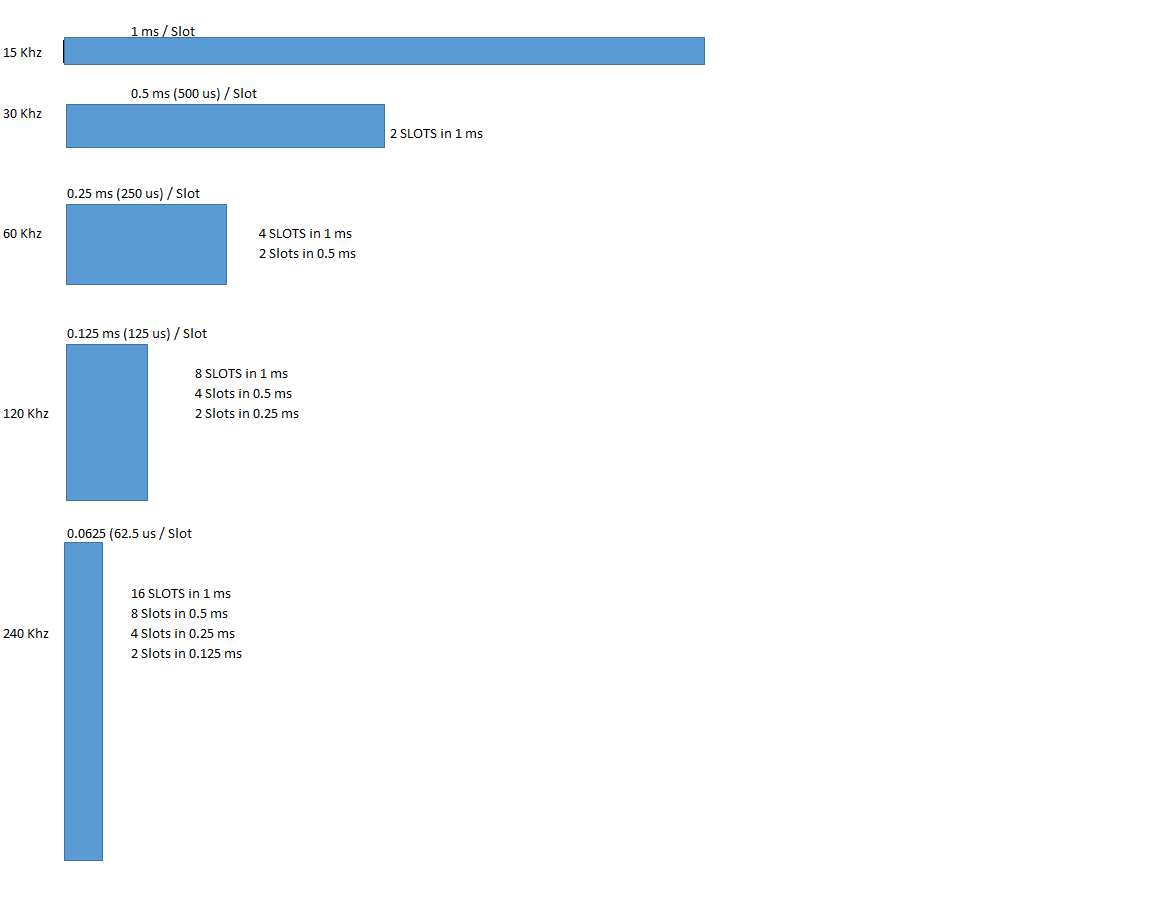 Below Image should give you an over view of SCS,SLOTS for NR

Thanks for sharing… I understand it…

Based on the Numerology 0(15Khz),1(30Khz),2(60Khz),3(120Khz) or 4(240Khz) No of Slots changes per SubFrame(SF).
One thing to remember always is that Irrespective of Numerology, We have 14 symbols per Slot and only changes is TS duration and No of slots per SF according to numerology.
From the below snap, you might get clear with FS. 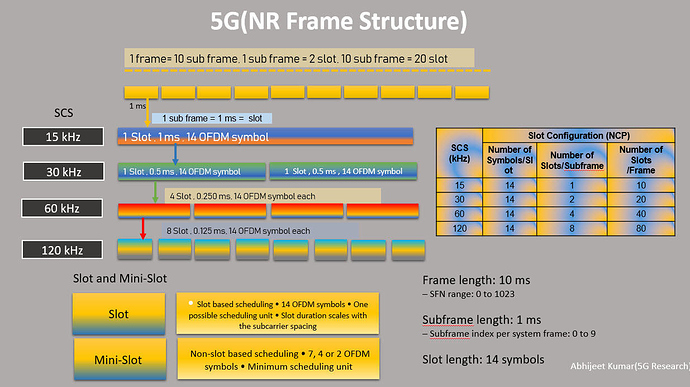 CP we have same for all Numerology. Only we use Extended CP for 2(60Khz) Numerology in which we have 12 symbols instead of 14. You can check above table for the same.

Below table is help you to quickly review and understand. 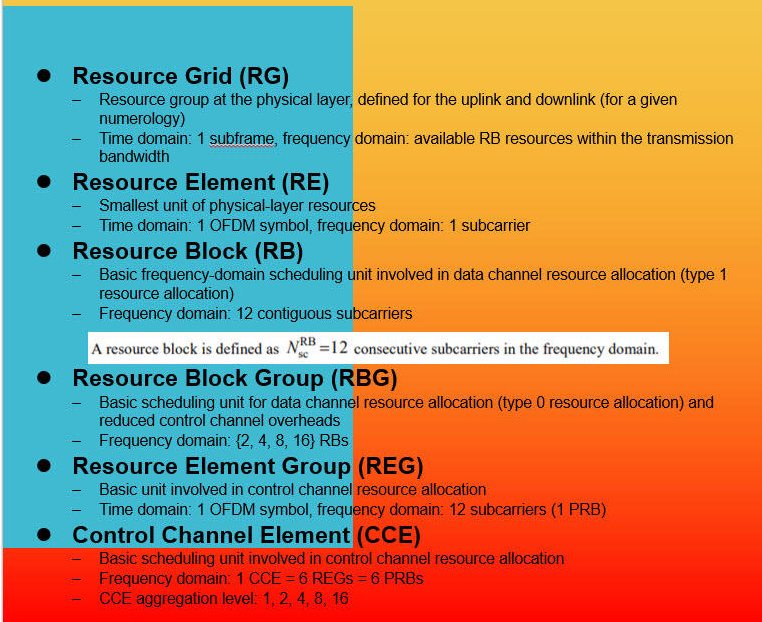 Dear,
Below is the CCE detailed information.

PDCCH CCE Aggregation level:-
The number of Resource Elements (RE’s) of a CORESET that are required to carry a PDCCH DCI message is called “Aggregation level”, It is expressed in terms on CCE’s (control channel elements). 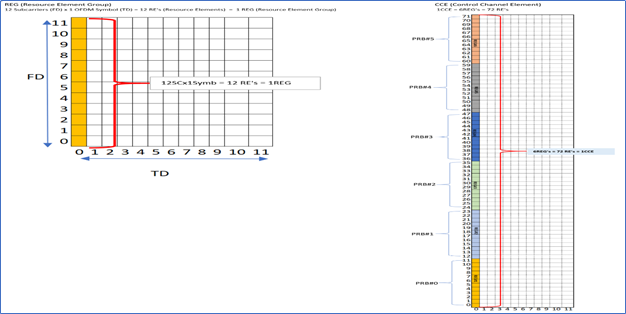 Based on the above configuration below is an example applying CCE Aggregation level for a DCI format.

Total PRBs in the CORESET = 48

PDCCH RE’s = 576 - 144 = 432 (meaning In this case PDCCH candidate up to maximum Aggregation level 8 can be configured, Aggregation Level 16 is not possible in this case).

Following are 5 different PDCCH CCE aggregation levels supported in 5G NR, Aggregation Level 1, 2, 4 , 8 & 16 Each of these aggregation numbers specify the number of CCE’s (RE’s) that are required to carry a PDCCH DCI message(TS 38.213) 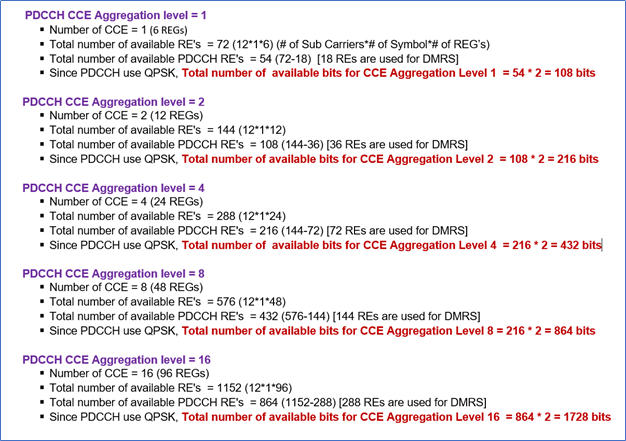 shown in below snap shot. 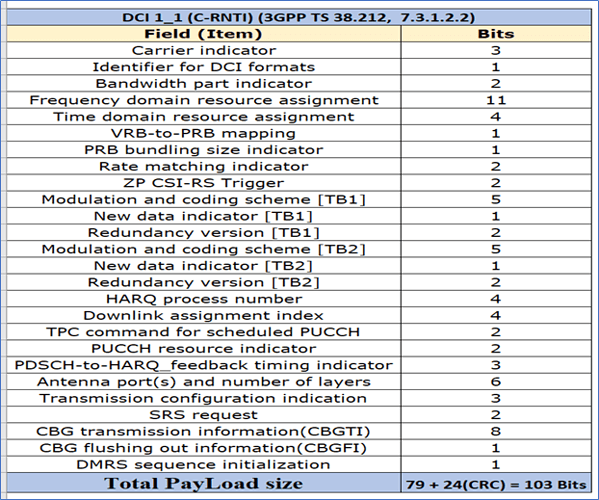 This is how “CCE” aggregation level works in 5G(NR). hope this will helpful you to understand this topic.

Checkout this video, it can answer some of your questions

@Ameen.
Hi, thanks for your informative data.
Can you introduce a reference that have stated the frame structure well.