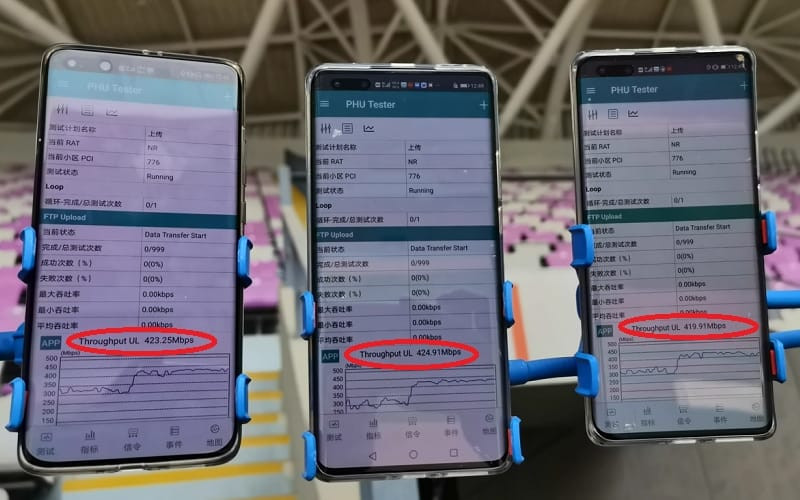 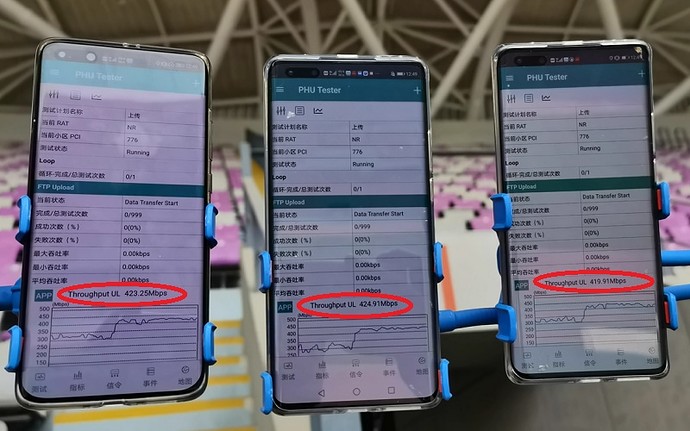 All 3 in same time!!! Hmm… difficult to believe it…

But not for 3 UE in same time same PCI

Do you mean it’s a replay?

If real time test, 3 UE nearby?

That’s why I said difficult to believe 3 UE in same time, same cell in UL with such a good Throughput.

But it’s in the article: “China Mobile Zhejiang adopted 2.6 GHz + 4.9 GHz dual-band networking for the project. The 4.9 GHz band was used to deploy the capacity layer on which Huawei’s indoor distributed Massive MIMO was deployed and 2:3 slot assignment was configured. This combination enabled a single cell to provide an uplink rate of 1.2 Gbps. In addition, 16x16 ultra-narrow precise beamforming was implemented by leveraging the high-performance antennas to efficiently isolate interference. Tests in the grandstand areas on both floors 2 and 3 of the stadium showed that indoor distributed Massive MIMO could eliminate interference between cells, helping to increase the uplink capacity by 50% over 4T4R cells.”